After coming under pressure early in the session, stocks regained some ground over the course of the trading day on Wednesday. The Dow climbed to a new record closing high, while the tech-heavy remained stuck in negative territory.

The early weakness on Wall Street came following the release of a batch of largely upbeat U.S. economic data, which painted a positive picture of the economy but also added to recent inflation concerns.

Before the start of trading, the Commerce Department released a report showing retail sales rebounded by much more than anticipated in the month of January.

The Commerce Department said retail sales spiked by 5.3 percent in January after sliding by a revised 1.0 percent in December.

Economists had expected retail sales to jump by 1.1 percent compared to the 0.7 percent decrease originally reported for the previous month.

Excluding sales by motor vehicle and parts retailers, retail sales soared by 5.9 percent in January after tumbling by a revised 1.8 percent in December.

Economists had expected ex-auto sales to increase by 1.0 percent compared to the 1.4 percent slump originally reported for the previous month.

The Federal Reserve also released a report showing industrial production increased by more than expected in the month of January.

Adding to inflation concerns, a separate report from the Labor Department showed producer prices jumped by much more than expected in the month of January.

In addition to the inflation concerns, traders may also have been worried the upbeat data will reduce the pressure on lawmakers to pass additional stimulus.

Selling pressure waned over the course of the session, however, as traders remained optimistic about more stimulus and an easing of the coronavirus crisis.

The minutes of the Federal Reserve’s latest monetary policy meeting also signaled the central bank is likely to leave policy unchanged for the foreseeable future, offsetting concerns about the impact of inflation.

Notable gains by Chevron (CVX) and Verizon (VZ) contributed to the advance by the Dow after Warren Buffett’s Berkshire Hathaway revealed increased stakes in the blue chip stocks.

Gold stocks extended the sell-off seen in the previous session, dragging the NYSE Arca Gold Bugs Index down by 2.5 percent to its lowest closing level in eight months.

The continued weakness among gold stocks came amid another steep drop by the price of the precious metal, with gold for April delivery plunging $26.20 to $1,772.80 an ounce.

Significant weakness was also visible among semiconductor stocks, as reflected by the 1.9 percent slump by the Philadelphia Semiconductor Index. The index ended the previous session at a record closing high.

Networking and computer hardware stocks also saw considerable weakness on the day, contributing to the drop by the tech-heavy Nasdaq.

On the other hand, airline stocks showed a strong move to the upside, with the NYSE Arca Airline Index soaring by 2.2 percent to its best closing level in almost a year.

Energy stocks also turned in a strong performance as the price of crude oil for March delivery jumped $1.09 to $61.14 a barrel amid concerns about supply disruptions in Texas.

In overseas trading, stock markets across the Asia-Pacific region turned in a mixed performance during trading on Wednesday. Japan’s Nikkei 225 Index slid by 0.6 percent, while Hong Kong’s Hang Seng Index jumped by 1.1 percent.

Meanwhile, the major European markets all moved to the downside on the day. While the German DAX Index slumped by 1.1 percent, the U.K.’s FTSE 100 Index fell by 0.6 percent and the French CAC 40 Index dipped by 0.4 percent.

In the bond market, treasuries showed a lack of direction over the course of the session after seeing initial weakness. As a result, the yield on the benchmark ten-year note, which moves opposite of its price, inched up by less than a basis point to 1.301 percent.

Trading on Thursday may be impacted by another batch of U.S. economic data, including reports on initial jobless claims, housing starts, import and export prices and Philadelphia-area manufacturing activity.

On the earnings front, retail giant Walmart (WMT) is among the companies scheduled to their quarterly results before the start of trading on Thursday.

After coming under pressure early in the session, ...

After coming under pressure early in the session, ... 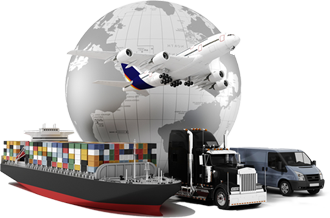 Copyright © 2021 Currency Hedger. All Rights Reserved.
We use cookies on our website to give you the most relevant experience by remembering your preferences and repeat visits. By clicking “Accept All”, you consent to the use of ALL the cookies. However, you may visit "Cookie Settings" to provide a controlled consent.
Cookie SettingsAccept All
Manage consent