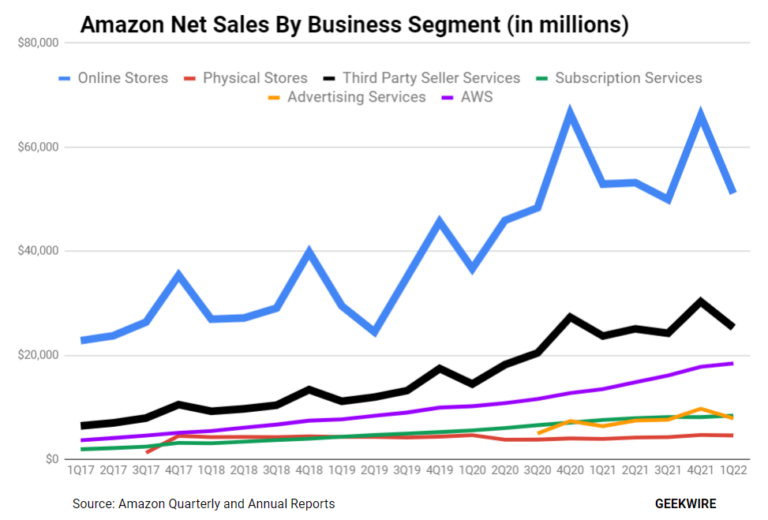 Solid performance of cloud business to some extent counteracted lower e-commerce sales and Rivian related losses, and continues to be the biggest driver of profit for Amazon. Source: Geekwire

Amazon was one of the biggest winners of the pandemic, however since the covid seems to be in retreat, customers returned to bricks and mortar shopping. In-store shopping jumped over 11.0% last month while online dropped 3.3%, according to the Mastercard SpendingPulse report. If this trend continues in the upcoming months, company may face further downward pressure.

Amazon (AMZN.US) stock fell sharply and is currently trading around $2600 level. If current sentiment prevails, downward move may accelerate towards major support at  $2465 which coincides with 61.8% Fibonacci retracement of the upward wave launched in March 2020. The nearest resistance is located around $2715 and is marked with previous price reactions and 50.0% retracement. Source: xStation5