The cryptocurrency sector is showing weakness again by the end of the week. Bitcoin moved below $30,000 after lower opening among the US indices. Smaller cryptocurrencies are in red now. Altcoins such as Chainlink and Cardano are losing even more than 7% today despite lower volatility in previous days. The crypto market seems to be ‘abandoned’ by short-term investors, but is this really an argument for rising valuations? The bears are in move right now: 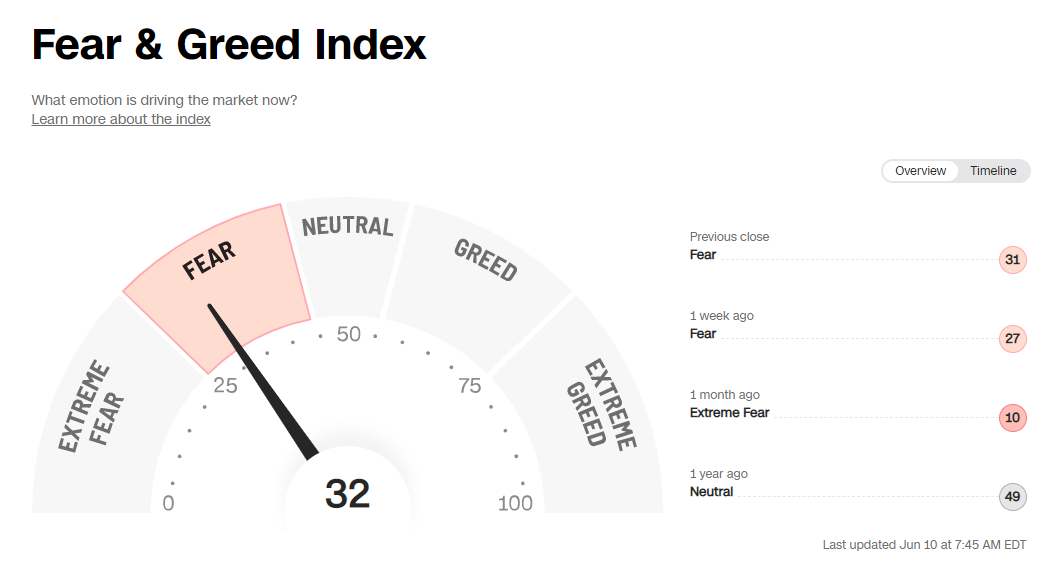 The Fear and Greed Index continues to show fear but has managed to rise from extreme levels around 10 points. Historically, such moments usually turn out to be a good time to buy, but they can persist for many months, making the index rather useful for determining the general mood of the market and as a component of analysis, in itself not indicative of an imminent rebound. Source: CNN Business